Apple Claims Face ID Is Harder to Crack on iOS 15 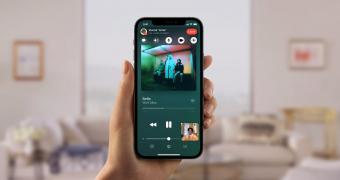 Apple’s new iOS 15 is now available for download, and in addition to all the new features that we’ve seen being discussed pretty much all over the web, the new operating system also comes with a series of security improvements hiding under the hood.

And one of the most important highlights is aimed at Face ID, as Apple explains that iOS 15 resolves a vulnerability affecting all models coming with the facial recognition system and allowing malicious actors to break into an iPhone using a 3D model.

In other words, if an iPhone comes with Face ID protection into place, then someone could use a 3D model specifically to get past the security checks, therefore making the facial recognition system believe it’s the owner trying to unlock the device.

Apple explains the flaw was discovered by Wish Wu of Ant-financial Light-Year Security Lab, and the way it was resolved is by improving Face ID’s anti-spoofing models.