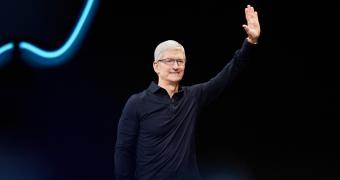 Apple is getting ready to expand into the automotive market, and many see the Cupertino-based tech giant as the number one rival for Tesla, the company which at some level has the same tech-oriented focus as the iPhone maker.

While he didn’t say anything about the Apple Car, CEO Tim Cook discussed his relationship with Tesla’s founder Elon Musk in an interview with Kara Swisher, explaining that he never got the chance to meet him.

Oddly enough, Musk has recently revealed that he actually wanted to sell Tesla to Apple, but reaching out to Cook was pretty much impossible and the CEO didn’t even agree to meet.

Tim Cook didn’t necessarily deny the rumor, but emphasized that he never talked to Elon Musk. But of course, he likes what he does at the helm of Tesla.

“You know I’ve never spoken to Elon, although I have great admiration and respect for the compa… (read more)