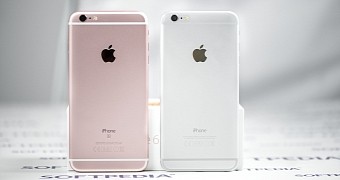 Once referred to as the most innovative company in the world, Apple has kind of lost its cool factor lately and this quickly reflected into decreasing sales for its key product. But according to CEO Tim Cook, Apple is currently on its way to regaining its innovating pioneer medal with several new features that will debut on the “next iPhones.”

Cook doesn’t specifically say when these innovations would debut on the iPhone, but he does mention that the “next” models would get them. This is most likely a hint that the iPhone 7 could be very similar to the existing model and only the 7s coming next year is expected to push the innovation level to new boundaries.

Cook promises that these upcoming iPhones will bring features that you can’t live without, and more importantly, that you don’t even know you need.

“We have great innovation in the pipeline, like new iPhones that will incent you and other people that have iPhones today to upgrade to new iPhones… We are going… (read more)