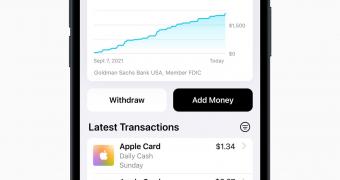 Apple announced the Savings account feature for Apple Card customers back in October, and while the feature was supposed to be part of iOS 16.1, this highly anticipated release is yet to happen.

However, as discovered by MacRumors, the debut of Apple Card Savings account is likely just around the corner, as Goldman Sachs has updated its documentation with information on this feature.

“To enable new ways to use Daily Cash like the upcoming Savings account feature, we are updating the Daily Cash Program section of your Apple Card Customer Agreement,” the company reportedly tells users in emails that were sent this week.

Apple has so far remained tight-lipped on everything related to the ETA of this feature, with the company only using terms like “soon” to explain when the Savings would become available.