Home » News » Apple Announces the Self Service Repair Store in the U.S.

Apple Announces the Self Service Repair Store in the U.S. 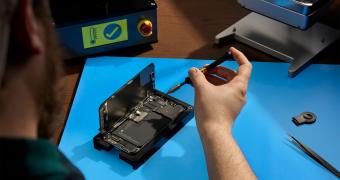 Fixing an iPhone could be quite a costly thing to do, so when Apple announced a self-service program not a long time ago, many customers were pretty excited about it.

Today, the Cupertino-based tech giant is releasing another big announcement on this front, as it’s now opening the Self Service Repair store in the United States, essentially giving customers the option to purchase genuine Apple parts and tools to repair their devices.

Available exclusively in the U.S. but also projected to launch in Europe later this year, the new program provides access to no less than 200 individual parts and tools.

Buying them should theoretically help customers perform all kinds of repairs on the iPhone 12, iPhone 13, and iPhone SE, including on the display, the battery, and the camera.

M1-powered Macs to be included soon

Apple says that the program would soon be expanded with more goodies, including manuals, parts, and tools to perform similar repairs on Macs… (read more)