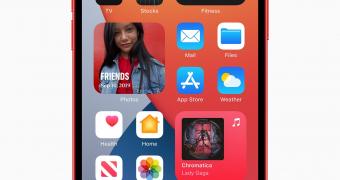 Apple hasn’t necessarily been in a rush to adopt OLED panels for its smartphones, and the first iPhone to actually feature such a screen was the iPhone X launched in 2017.

Since then, Apple has gradually adopted OLED for all of its iPhones, so all the new models launched in the last fall gave up on LCD for this type of panel.

But as it turns out, the Cupertino-based tech giant doesn’t want to stop here, as the company is already working on expanding the OLED frenzy beyond the iPhone lineup.

And the next to receive the display upgrade is a 10.9-inch iPad, with a report from Digitimes indicating the production could begin later this year. The launch of the new iPad, however, wouldn’t happen in 2021, so there’s a chance Apple launches it in the spring of 2022.

Interestingly, Apple has already prepared a long-term OLED transition for other products too, including the iPad Pro and the 16-inch MacBook Pro… (read more)