After Microsoft, It’s Apple’s Turn to Be Accused of Bombarding Users with Ads 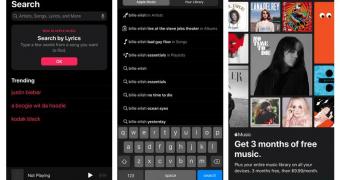 Microsoft has previously been accused of using Windows 10 as an adware platform to promote some of its other products and services, and now it looks like it’s Apple’s turn to face similar criticism.

Tumblr engineer Steve Streza says iOS itself is bundled with adware as Apple tries to increase the number of subscribers for various services, including News, the Apple Card, and Apple Music.

In an analysis of how Apple’s apps on iOS pushes adware to users not paying for a subscription, Streza emphasizes it’s impossible to block these ads in the operating system, as the existing iOS content blocker extension system only works for Safari.

“Lots and lots of ads, on devices that you pay for. iOS 13 has an abundance of ads from Apple marketing Apple services, from the moment you set it up and all throughout the experience. Some can be dismissed or hidden, but most cannot, and are purposefully designed into core a… (read more)