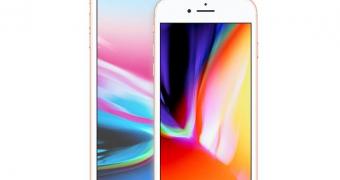 The first 2020 iPhone is projected to land as soon as March, according to a new report, with the production to kick off in February.

The second-generation iPhone SE, which sources familiar with Apple’s plans referred to as “iPhone 9,” is Apple’s 2020 low-cost iPhone, and it could hit the shelves starting from $399.

Bloomberg reports that Apple has already reached out to a series of suppliers for the manufacturing of the iPhone 9, including Foxconn, Pegatron, and Winstron.

The unveiling could happen in March, the report adds, but the first units should be manufactured next month, as Apple wants to prepare the necessary inventory for the launch.

The new-generation iPhone SE will be based on iPhone 8, so it’s expected to come with a 4.7-inch OLED screen, a home button with integrated Touch ID, and… (read more)